The 2020- 2021 Executive Board and Operating Committee

*The Pastor and Principal are ex officio members of the Executive Committee.  The Pastor, Principal, and Charter Chair are non-voting advisors to the Operating Committee. 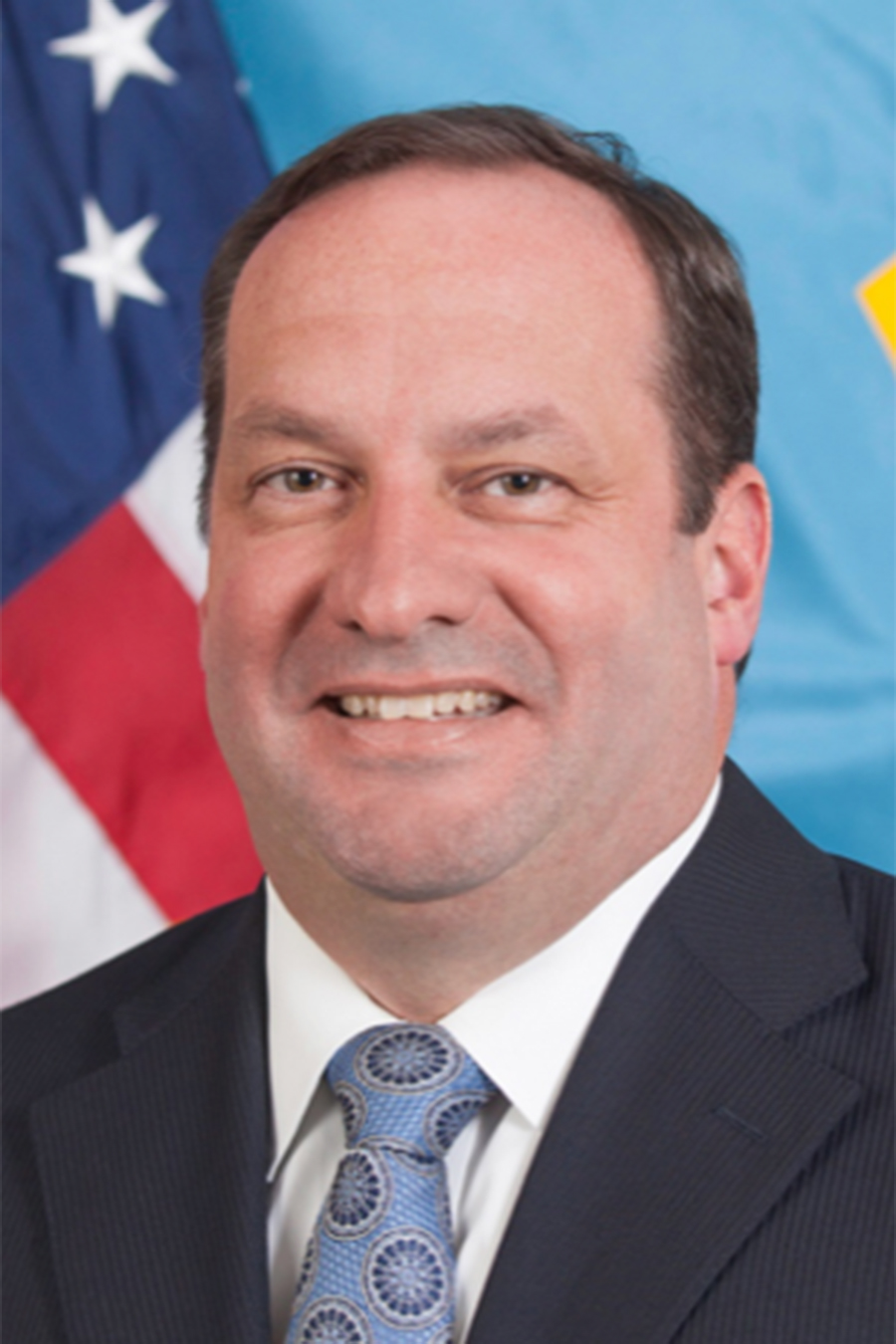 Jim McAlary and his wife, Tara Bradburn, have a daughter who attends St. Bernadette Catholic School. The “BracAlary” family have been part of the school community since 2014. Jim enjoys the “community” feeling St. Bernadette provides for children and families. Jim is a Department of Defense Security Advisor. In his spare time he enjoys skiing, watching his favorite local team the Capitals and spending time with his family. Jim looks forward to serving the families of St. Bernadette on this year’s board. 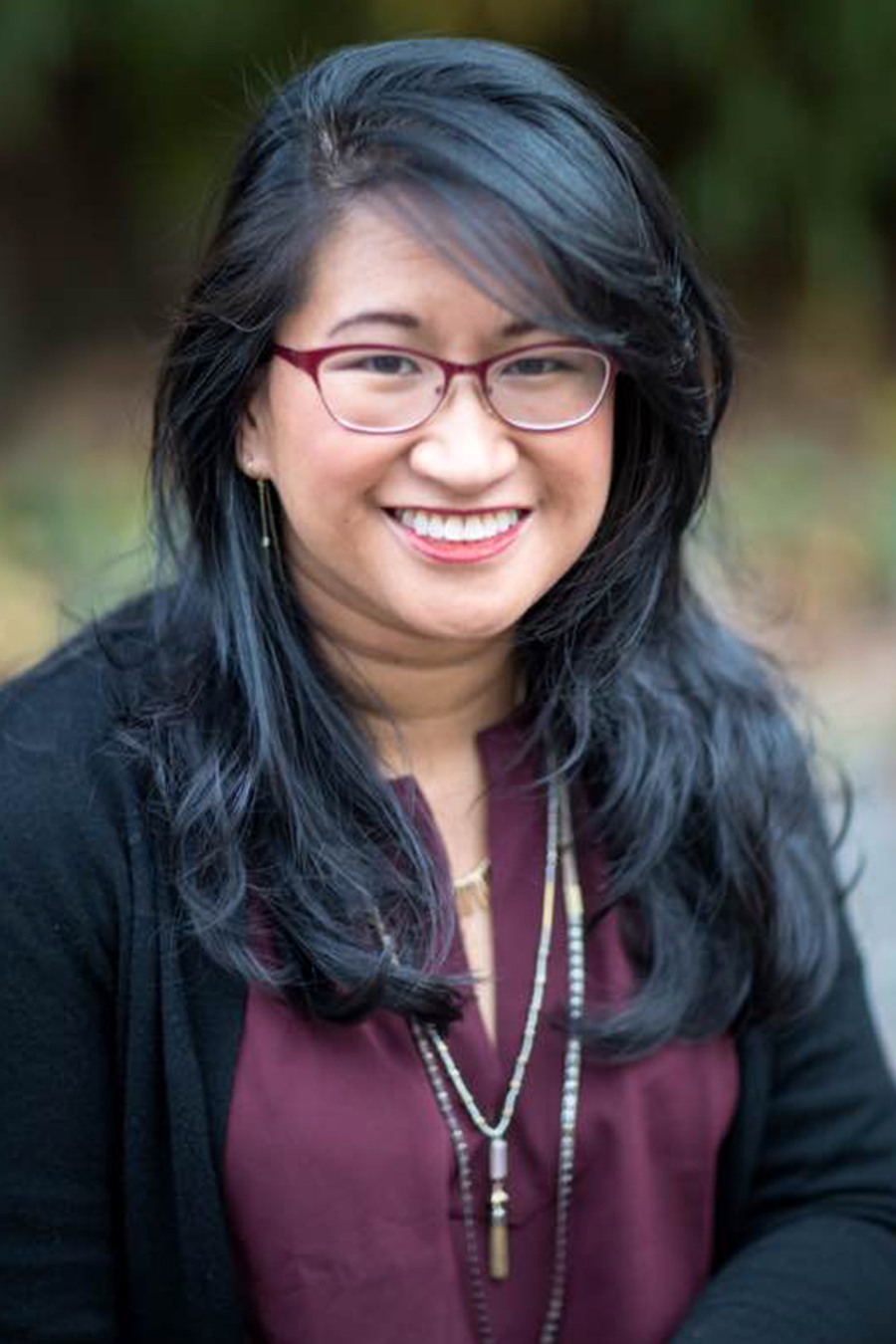 Elaine Stedt and her husband, Christopher, have two children who attend St. Bernadette. Elaine grew up in Norfolk, Virginia and attended Catholic schools from Kindergarten to 12th grade. Elaine has enjoyed volunteering over the years at various school events and has served as a room parent for grades Kindergarten to 7th grade. She is the Director of the Office on Child Abuse and Neglect within the U.S. Department of Health and Human Services. Her husband, Christopher, also works full time and enjoys volunteering when possible. He has been a CYO assistant basketball coach from 2015-present. This is Elaine’s first year on the PTO board and she is excited for the opportunity to serve our St. Bernadette community! 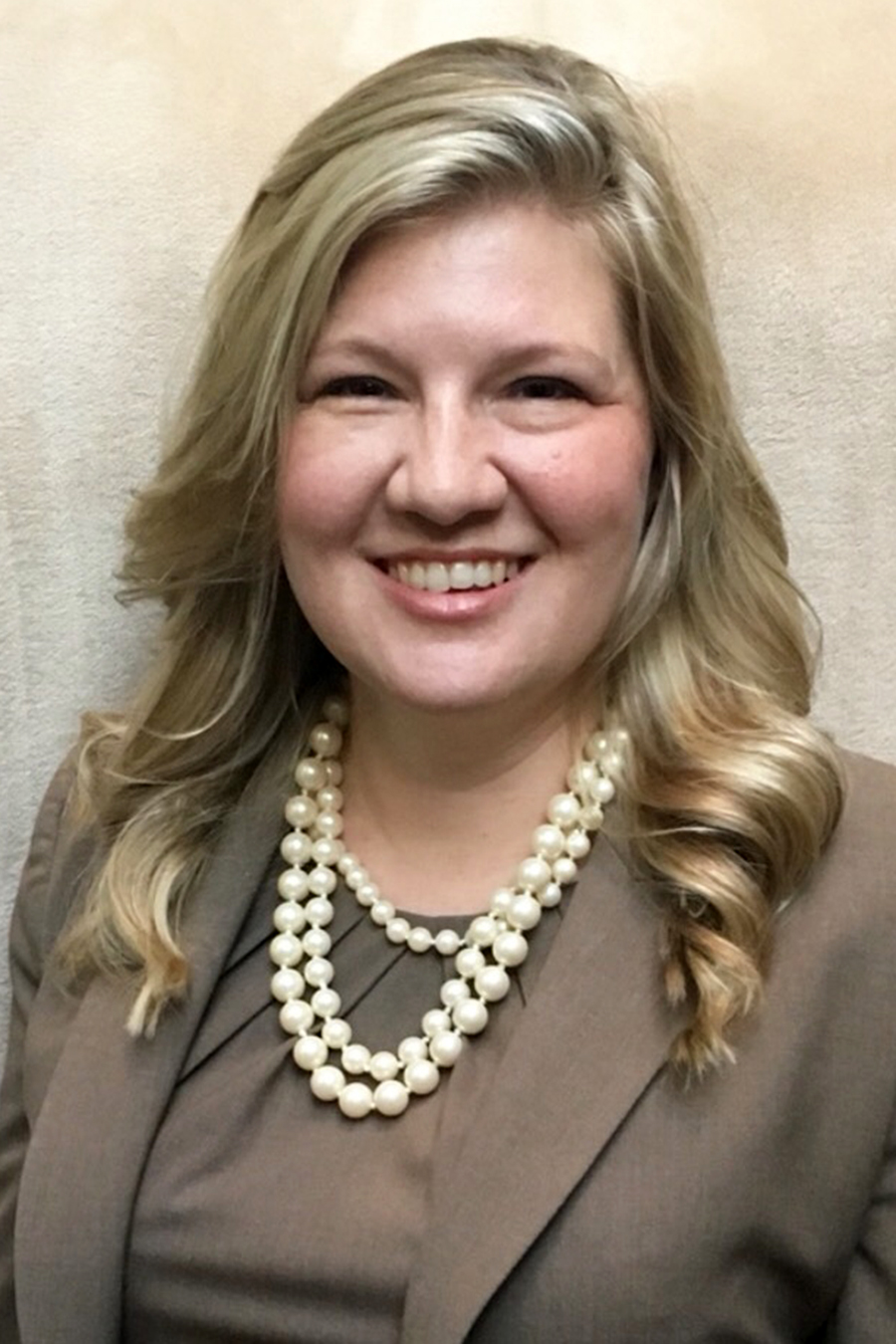 Dena Soto and her husband, Philip, have a daughter attending St. Bernadette Catholic School and a son who is a recent graduate. Dena is new to the PTO board and looks forward to being able to give back to such a wonderful community. Professionally, she is a federal government employee. A proud hockey and lacrosse mom, Dena enjoys reading, hiking, and traveling when she has free time. 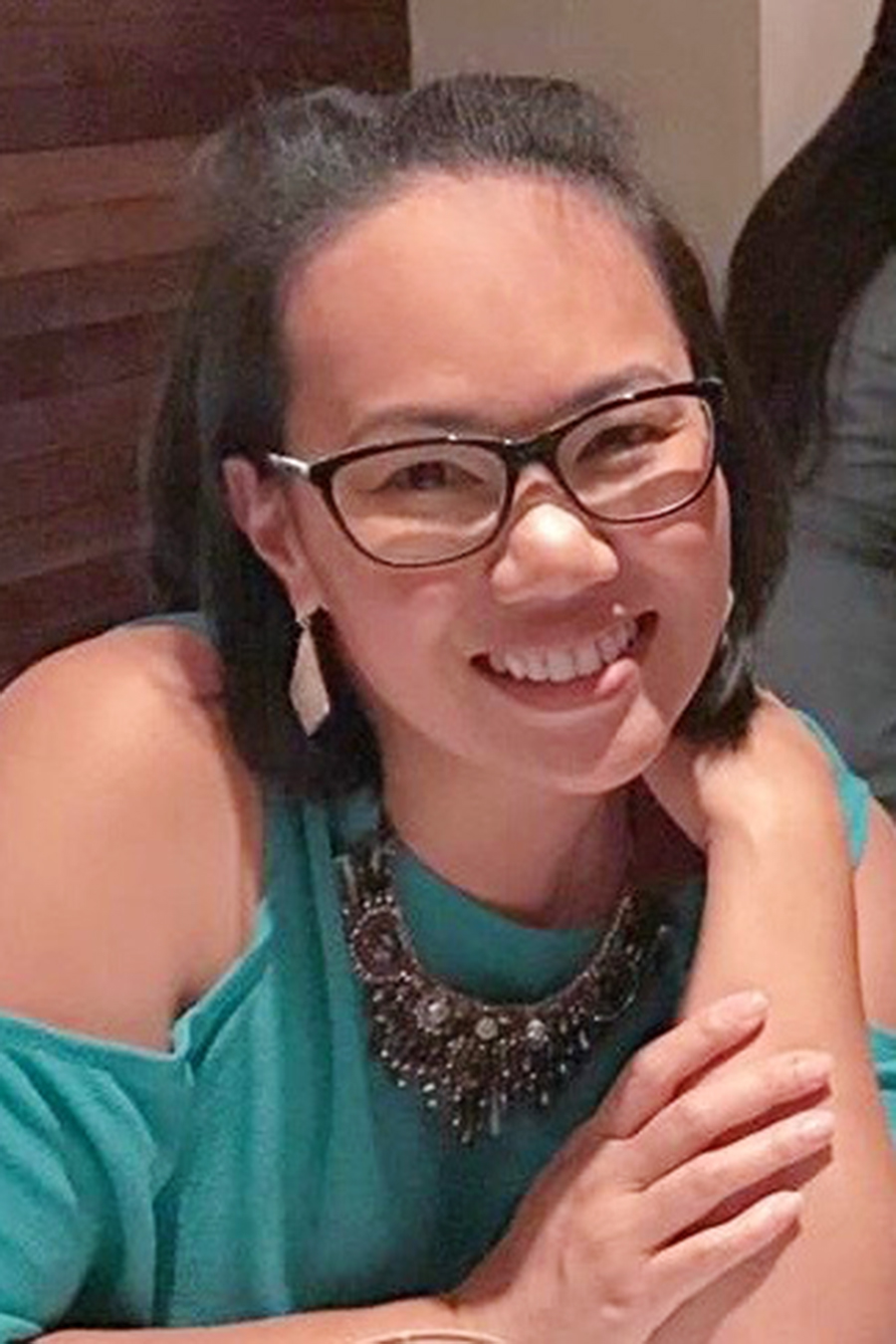 This is Sao’s second year on the PTO Board serving as Secretary. Sao Salinda and her husband, Daniel Pirato, have a daughter attending St. Bernadette Catholic School. Sao was born and raised in the Philippines and was blessed to have a Catholic education from kindergarten all the way to university. She currently works for a private investment company and enjoys crafting, playing frisbee and basketball with her family. Sao is excited to be on board again and looks forward serving our St. Bernadette community! 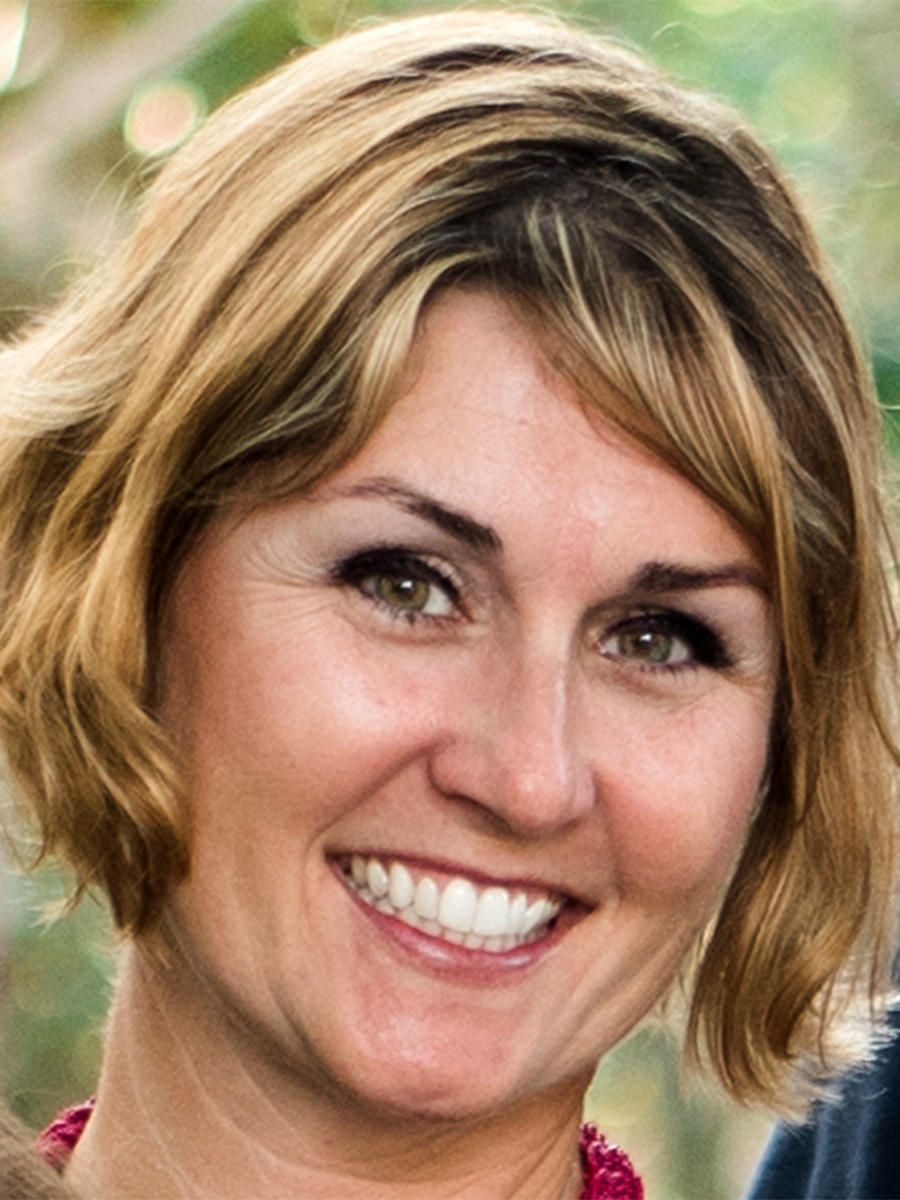 Megan Hanik and her husband Chip have three children at St. Bernadette in 6th and 8th grades. Megan was a room parent for six years and this is her second year on the board in the Ways and Means position. Megan is part of the Guardian Angel welcome team and volunteers at numerous school events throughout the year. Chip is the 2020-2021 6th grade girls basketball coach and looks forward to an exciting new year on the court. Megan is the Director of Leadership Development at Booz Allen Hamilton and Executive Coach. The Haniks love spending time as a family, traveling, and learning. 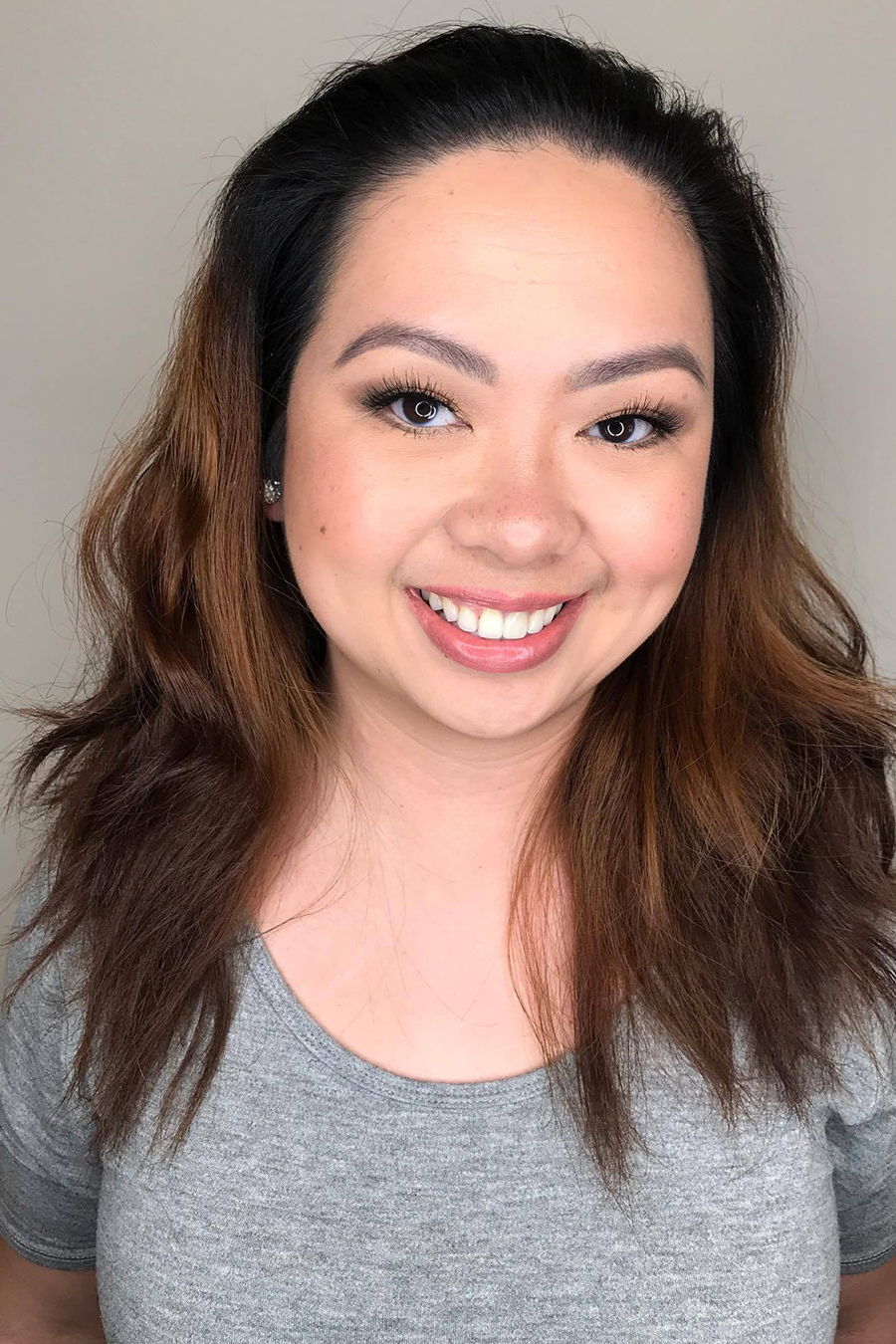 This is Dindi’s first year on the PTO Board serving as the Primary Grade Representative. Dindi has volunteered at the school since 2017 when her first born started attending Kindergarten. She and her husband Donne now have both their children attending St. Bernadette Catholic School and hope to see both of them graduate through 8th grade.

Dindi enjoys dancing, traveling, arts and crafts with her kids, and practicing yoga and Calligraphy as a form of self-care. She spent 8 years working as a Critical Care Nurse after receiving her Master of Science in Nursing degree from the University of Virginia, School of Nursing and is currently on a personal sabbatical. In her spare time, she loves to read books and take naps.

Dindi is thrilled to be a part of the PTO Board this school year and looks forward to being of service to the St. Bernadette community at large. 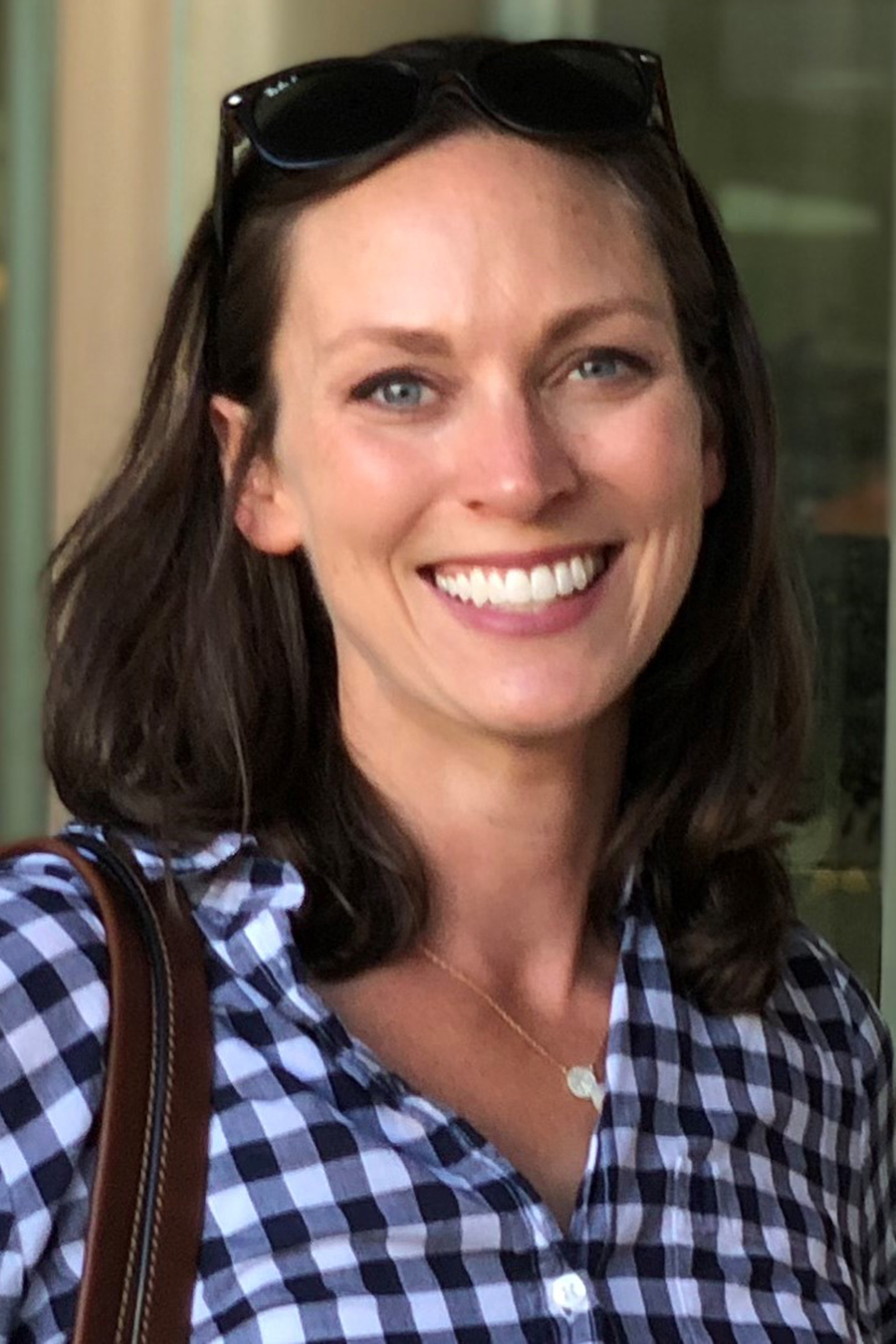 Cindy Keen and her husband, Mark, have two daughters who have both been at St. Bernadette since Preschool. Cindy has enjoyed being a room parent and volunteering at various events throughout their years at St. Bernadette. In her free time, she can be found cheering for the Georgia Bulldogs, hiking and biking with her family, and spending time at Lake Gaston. Professionally, Cindy is a tax preparer and works part time in her husband’s financial planning firm. 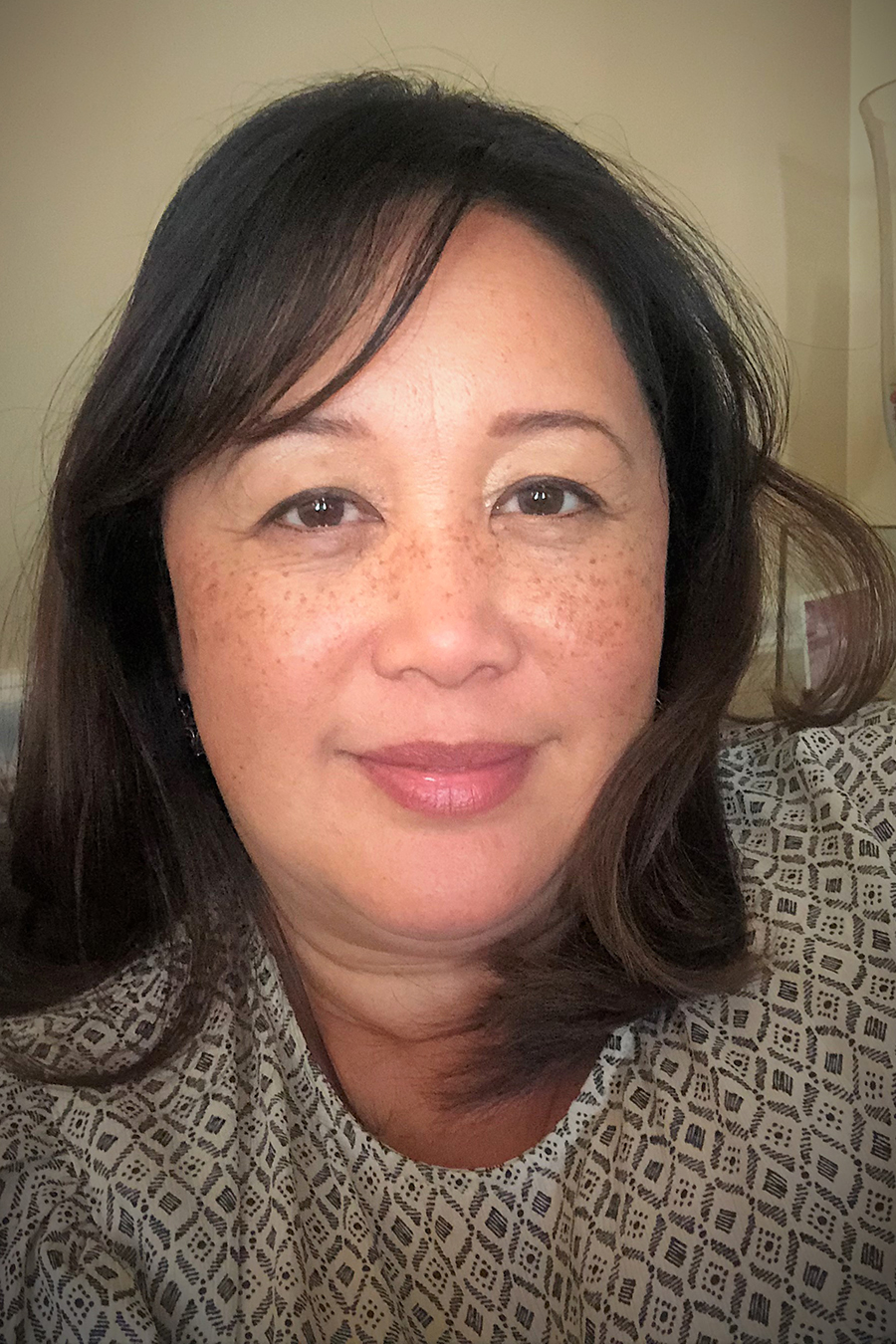 Carmen and her husband Chris have four children. Their youngest, now in 8th grade has attended St. Bernadette since 2nd grade. This is Carmen's second year serving as Middle School Grade Representative. She has previously served as 5th grade ECHO coordinator and 6th grade room parent, and is looking forward to supporting St. Bernadette Middle School students and teachers again this year. 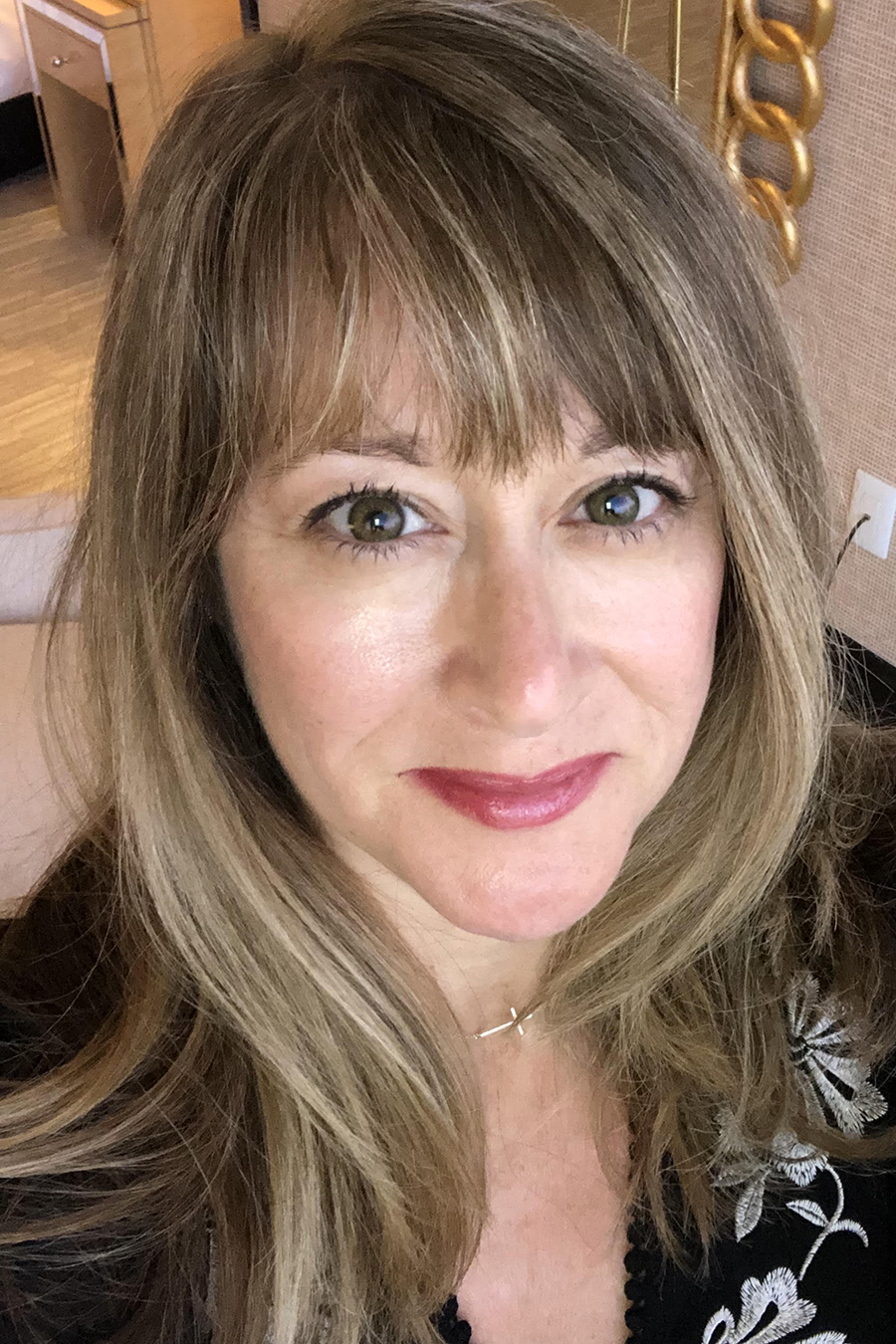 Lorena Holliday and her husband, Jeremy recently had a child graduate from St. Bernadette, and their youngest is in 7th grade. Lorena has served as a PTO Grade Representative, and a Room Parent for grades Kinder – 4th grade. Lorena is originally from Los Angeles, California and has been in the metro VA area for 18 years. Lorena works full time as a HR Director for a DOD contractor, and also serves as a board representative for the company’s March of Dimes committee. Her husband, Jeremy, also volunteers at St. Bernadette and has been a CYO basketball coach from 2013 – present. When Lorena is able, she enjoys giving back to her school community by volunteering, spending quality time with her family, staying active by playing sports and traveling. 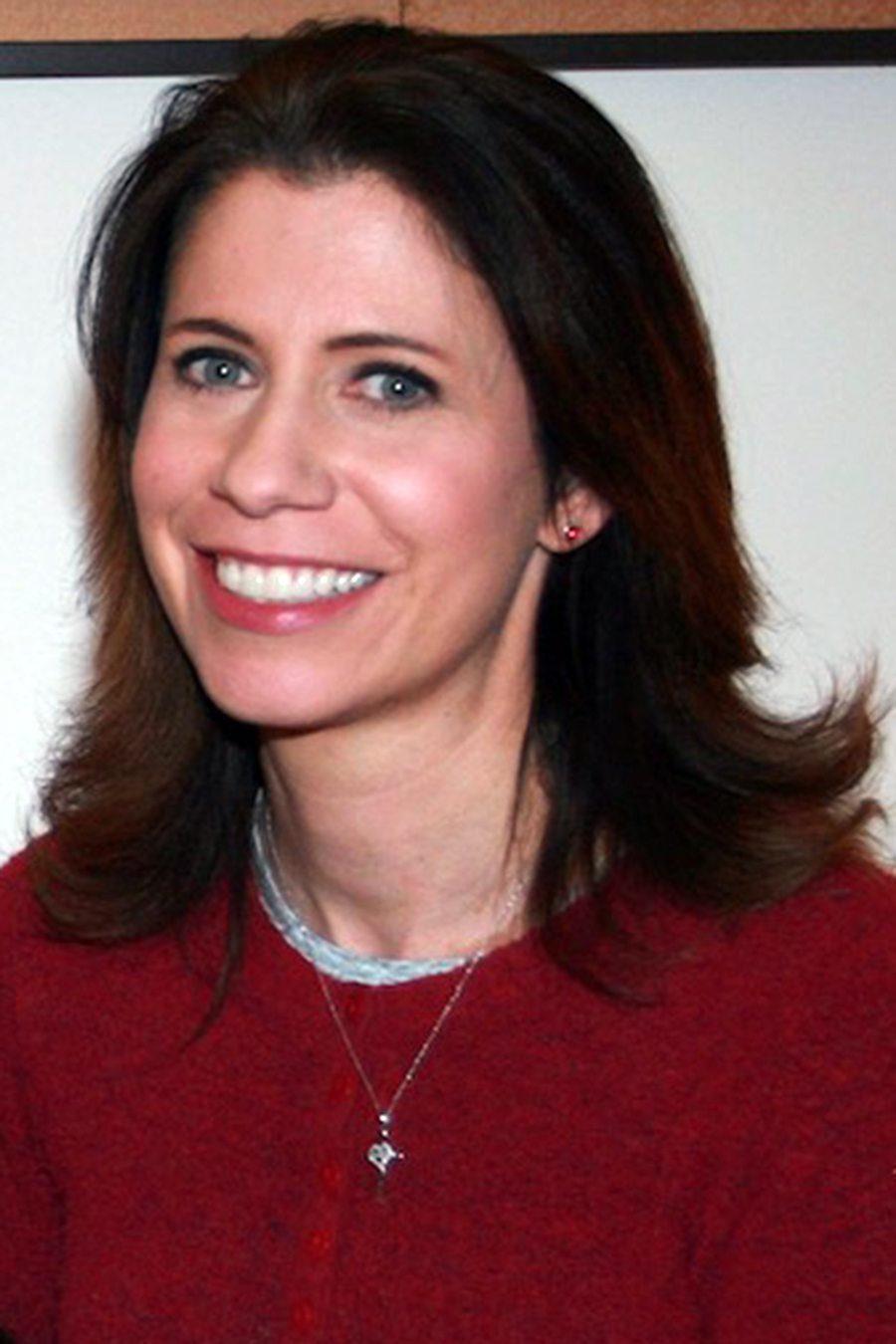 Kathleen and her husband, Steve, have one daughter at St. Bernadette. A parishioner of the church since the 7th grade, Kathleen is very excited to be involved in the school. She has been a Room Parent for the last two years. Kathleen is a high school English teacher. She looks forward to serving on the PTO Board this year and providing wonderful cultural opportunities for the students. 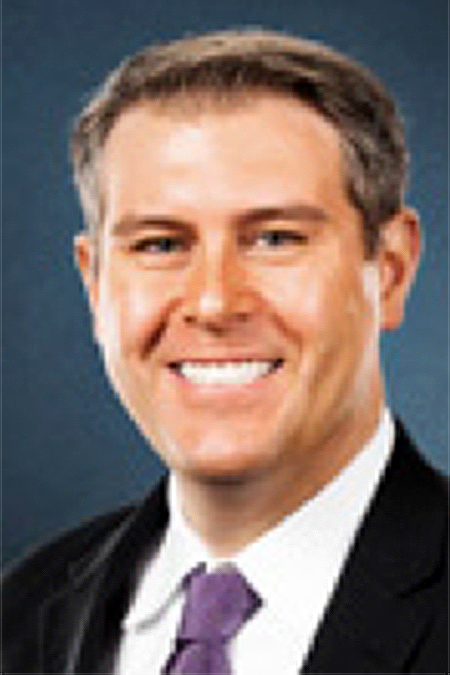 Jackson Toof and his wife Francie have four boys at St. Bernadette Catholic School, going into their 8th year at St. Bernadette. Jackson served as Vice President of the St. Bernadette PTO during the 2014-2015 school year, and President during the 2017-2018 and 2018-2019 school years. He also is a current member of the St. Bernadette CYO Committee. Jackson has coached various St. Bernadette CYO boys basketball teams since 2015, and is hoping he can finish coaching the final season for the current 8th grade boys team (the team he has coached since the players were in 3rd grade). Jackson also served as a Commissioner for the Northern Virginia Junior Catholic Youth Organization (NVJCYO) for Grades 3-6 since 2016, and expects to continue in that role this season for Grade 7 to the extent it goes forward. Professionally, following law school, Jackson served in the U.S. Navy JAG Corps (active and reserves) and is currently a partner in a law firm in Washington, D.C. 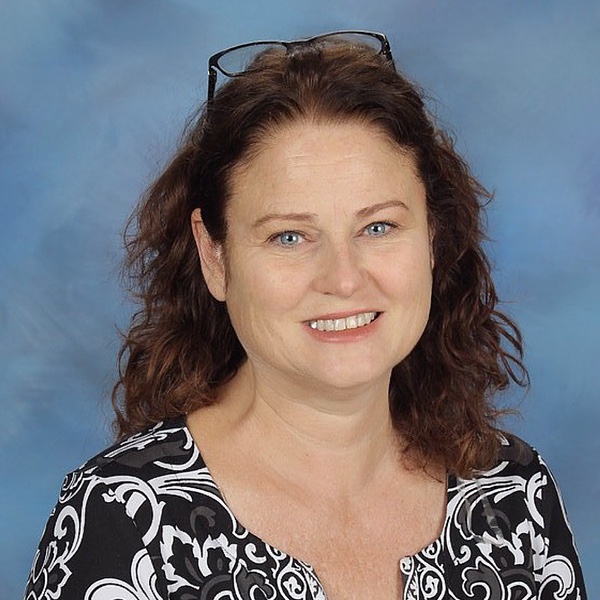 Mrs. Peckl is originally from New York City and moved to the area 20 years ago. Before pursuing a career in education, she was a marketing director in New York and London. After the birth of her two children she pursued her dream of becoming an educator. She began her career teaching 3rd grade and then moved to Kindergarten, where she has been for over 10 years and absolutely loves it! Mrs. Peckl holds an Advanced Catechist Certification in Religion and has just completed her Certification with Sliding Doors Stem and Dyslexia. She currently tutors children with Dyslexia in the after-school program. Mrs. Peckl’s two children attended St. Bernadette and are currently in college. She loves to visit them and attend the football games. When she is not teaching or tutoring, she loves watching sports (NY Giants, NY Mets, and the NY Rangers). She also loves to watch historical programs, visit her large family in New York City, play golf, and read historical fiction.